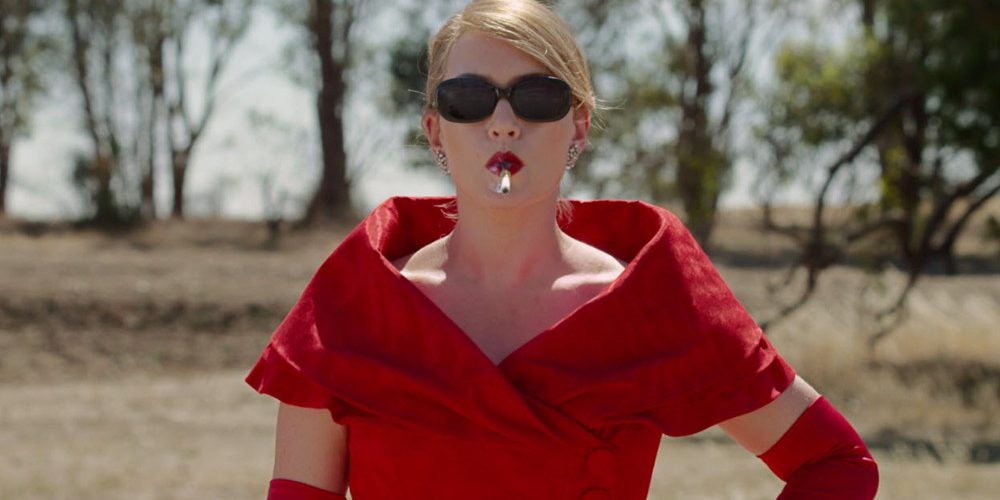 It’s April now and that means another month of watching female directed films has passed. Four films every month ends the year at 48/52, so I’m going to need a few months in which to watch five or more films. March is one of those months I am happy to report. Mostly to myself and my loyal following of search engine bots, but happy nonetheless. MUBI is turning out to be a wonderful source for watching a diverse range of films. Things I would normally never watch or even know exist. I’ve seen some really lovely things over there over the past year. If you need a break from mainstream blockbusters, consider giving it a try yourself. So far the #52FilmsByWomen counter stands at 14/52.

What is on the menu for April? I have a week off work and a few long weekends. Really there is no excuse to not do some more catching up. The only downside, as I’ve noticed this month, is that there is also much more to write about..

I think I watched this film in a perfect storm. I mean that in a good way. In an I don’t give a *** mood I figured I’d go watch something I was afraid I wouldn’t like. I’m not sure if it was because of this that I did like it or because I genuinely did but I did. The film gave me a similar feel I had when watching Theeb not too long ago. The setting is the same (Middle East desert) but that’s where the similarity stops. Still I felt that the overall calmness but almost constant tension reminded me of it. In The Hurt Locker we follow a group of three bomb squad soldiers in Iraq on their missions to assert and deal with possible threats. I was glad to see that this film was more than just a war film that shows how awesome the US is at doing stuff. They do have their all American redneck riding bombs like a cowboy rides his horse, but the underlying tone is that of the hopelessness of war. These guys keep disarming bombs but where does it get them? Their heads are messed up, nobody seems to appreciate their work and people keep wanting to kill them. It’s a very unthankful job but somehow somebody’s got to do it. I don’t know about that though. It seems like such a waste of life to go to these places, fuck them up with politics and bombs and then play hero for a while pretending you’re fixing things. Cleaning up those bombs has probably saved a lot of lives and I guess many people are thankful for it, but had we made sure those bombs were not there to begin with things would have been much better for everyone.

This Chilean-Dutch production features a family of four going on a holiday. One of the first lines of dialog you hear is along the lines of ‘do you think we’re doing the right thing here?’. The film is shot mostly from the perspective of a child sitting on the back seat. The scope of the world is that of a child, meaning a lot of scenes filled with the stuff you used to do yourself when you went on a holiday with the family. Car games, asking if we’re there yet, arguing with your sibling(s), annoying your parents and so on. Your world too wasn’t any larger than the back seat and the different landscapes passing you by. Bickering parents were ignored in favour of candy, toys and games. Conveying that feeling of being oblivious to your surroundings is something this film does pretty well, but it trades off in terms of story depth or any kind of story really. This family is really on the road to nowhere with nothing of interest happening at all. And whenever something does start to happen, the child turns away to go jump in a puddle of water. Interesting film but a bit boring.

Summer of 1970. A boyish farm girl (Delphine) gets dumped by her secret girlfriend who is getting married because she has to. As a response Delphine leaves for Paris. She is overtaken by the vividness of life in the big city and through chance ends up in a feminist youth organisation. For the Dutch reader(s?) this group seems comparable to the Dolle Mina’s. At the meetings Delphine meets Carole and falls for her. Only problem, Carole has a boyfriend. The film basically tells the story of a seemingly impossible love between someone from the country and someone from the big city set during a time when being gay – or lesbian in this case – was still something you couldn’t go off and tell everyone about. The beautiful French landscapes and nice pieces of Janis Joplin and other music really make this thing work. There is a lot of female nudity, a little confronting at first but never vulgar, and pretty quickly it is there so much it hardly stands out anymore. Of course that is me speaking as a straight man, so.. Anyway, I really liked this film. Of course it is a dramatised story, but it felt so real. Definitely one of my favourites so far.

Testament is a bleak glimpse into a future destroyed by the the bomb. This movie is a great example of 80’s movie magic. Acting is terribly cheesy in the early moments of the movie and especially dad William Devane is horribly 80’s. For some reason it works, maybe because pretty soon a-bombs fall and the tone of the movie changes completely. I really like the calm bleak approach to 80’s a-bomb movies like this one, Threads or Dead Man’s Letters. It hits you hard with a sort of ice cold realism. I mean when you drop hundreds of bombs on the US, why should there be even as much as a shred of hope for survival? Anyway, as soon as the bombs fall this movie gets good. Especially Jane Alexander’s acting stands out. She’s even received an Oscar nomination for it. Child acting is quite decent too. After a pretty silly first ten minutes this movie managed to positively surprise me.

Since this is a short documentary I’ll keep my comments on it short too. In 25 minutes on of the greatest female directors of all time, Agnès Varda, takes us along the Côte d’Azure on a somewhat comedic sightseeing trip. This isn’t the most interesting thing I’ve seen so far, but because of its short length of only 25 minutes it is still interesting enough. We get to see some very pretty locations and a few silly jokes about fashion and tourists. The lovely music and deep calm voice over make this a very melancholic trip to the past, in which even that past is wishing it was the past.

Strange, playful, over the top. I’m not sure what this film was and what it wasn’t. But it sure was all over the place. Sweet one moment, exciting the next. Comedic one moment, raw the next. As for labeling it with a genre.. comedy, drama, mystery, fantasy? Mix a pinch of Night of the Hunter, Dogville, Bad Day at Black Rock and Wes Anderson together and you might end up with The Dressmaker. It’s constantly bordering on the nonsensical, the silly, being too much, but for me it never crossed the line. Because it is so playful and doesn’t seem to take itself too seriously it’s nice to watch, even during its lesser moments. I particularly liked Judy Davis’ and Hugo Weaving’s characters. The rest of the cast was fine too, with Liam Hemsworth being the weakest link. His character was just too boring. Like everything else in the film, the direction was very prominent. I quite liked a lot of the shots, but I admit I have a weak spot for the carefully constructed and way too perfect sets with way too many fancy things in them.

A link to this film can be found at the top of this post. It’s in the public domain, so everyone can watch it. But unless you are a big fan of these old films I wouldn’t bother. It is watchable, but the image and audio quality are very poor. The acting is very stiff and various degrees of fake. The mystery shrouding the story is what keeps you watching, but it is ultimately a little disappointing. I do like that there is a lot of girl power in this film, for its time, but that alone can’t save it from being a lackluster B-film at best.

Le Silence de la Mer is director Jean-Pierre Melville’s first film. It is about two Frenchmen resisting the German occupation by being silent to the German soldier who resides in their house.