Earlier this year I saw Russian Ark. It’s a beautiful film shot in one single take inside the Winter Palace, part of the Hermitage in St. Petersburg. That was in 2002. The reason I bring that up is because Victoria does the same thing as Russian Ark did more than a decade ago. It too was shot in one single take. Both films have their strengths, but overall Russian Ark does it slightly better. Aside from that it was the first time it was done and that there was time pressure to get it right, aesthetically that film is just much better. Victoria is quite a bit longer but it also cheats a little because a few times the sound fades out and we watch people for minutes with just music playing. Were they covering up a few missed lines or was it part of the plan all along? They also didn’t have the time pressure. Victoria takes place in the middle of the night, so you can just keep on trying for as many nights as you need.

The thing that Victoria does really well is to make the viewer feel part of what is going on. Because there is never a fade out or a cut to a someone or somewhere else it feels like you’re there for the full ride and that’s actually a pretty cool feeling. It was something Russian Ark was lacking. That was filmed as if from the eyes of a person, although it never really felt like you were there yourself. Another thing that Victoria does really well is that they choose a very natural style of acting. It almost doesn’t feel like acting at all – as if all the actors had were some loose plot points to work towards but no definite lines to speak. I think that must be true to some extent, because who could ever remember all those lines correctly after running around for two hours. It’s a shame I couldn’t find any way of backing any of that up. Russian Ark came with a featurette explaining many aspects of how it was made, but there is no such thing (yet, I hope) for Victoria. The only thing I’ve heard is that it took months of practice and preparation and only a few tries to get it right.

My main gripe with the film was the title character, Victoria. It all starts out fine with her having a good time in a dance hall. But soon enough she turns out to be an amazingly stupid woman to use the words of one of the world’s most famous bartenders. I’m no woman but even my alarm bells went off when she went along with a group of shady young men in the middle of the night. That’s not even close to being the stupidest thing she does though and after a few more terrible choices I witnessed the strangest change in myself. I actually liked Victoria for a good while as she seemed like a nice girl, but after another bad choice in a split second it was all over. I’d rather not get into the plot much because a film like this doesn’t come along very often and you don’t need me spoiling any more of it than I already have.

Victoria starts off slowly and it takes a while to really get going. It’s pretty amazing how the makers got everything down so well without any unwanted interference. As I mentioned a part of the film takes place on the streets of Berlin, so I can imagine a lot of things could have happened that would have messed up the take. As the characters move from the dance hall to a store to a cafe, a rooftop and later to a garage and a hotel among other places you start to wonder how they do it. Getting all the camera people, lighting people, actors and everyone else in the right place at the right time must have taken a lot of preparation. All in all this film has some issues, specifically with credibility of the story, but it’s one of those things you only ever see once or twice. And it’s so well made too. Do not pass this off as just a gimmick film, because you’ll be missing out on some great German experimental film making. I’m noticing the film is growing on me more and more without rewatching. Given the large amount of tweets Artificial Eye have given this film, it wouldn’t surprise me if they were going to release it in April or May. Edit: coming early June. 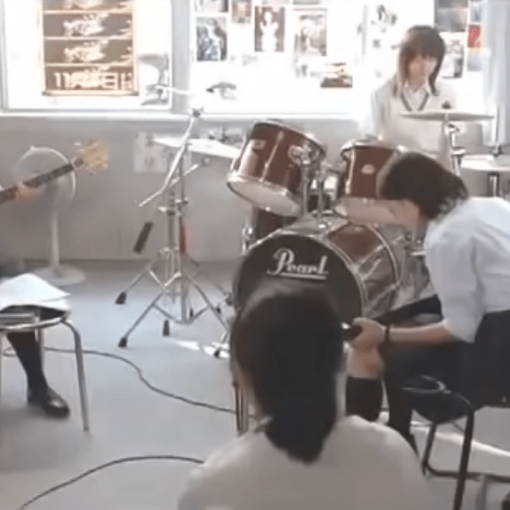 A high school girl rock band is forced to find a new lead singer just a few days before the school festival.

Häxan is a silent film and an early horror classic. Its sub-title is Witchcraft Through the Ages. It shows torture, witch hunts, superstition and more.