In 1947 director Jules Dassin started an impressive streak of iconic film noirs that would last until 1950 with Brute Force. The next years gave us The Naked City, Thieves’ Highway, Night and the City and then finally in 1955 his French masterpiece Rififi. The Naked City starts with an aerial view of New York. This wasn’t uncommon in those days, but what was uncommon is that the entire film is filmed on the streets and in actual apartments. Well, according to the narrator anyway. Speaking of which, it’s a very unusual bit of narration because one of the first things the narrator does is to introduce himself to us, thus breaking the fourth barrier. He introduces the cast and explains why the film we’re about to watch is so special. Then, instead of going away, he stays with us throughout the film. He’s quite present in the earlier scenes, but does take a step back later on. It isn’t annoying though. It’s rather interesting to hear the narrator trying to talk to some of the actors, and contrary to what happens in Stranger Than Fiction, to no avail.

The film itself isn’t as special as the narrator claims it to be, but it’s certainly a good detective story. The whodunnit part isn’t of particular interest, nor are there many plot twists and such. The interesting thing is to just watch and see things unfold. It’s really a lot better than that probably sounds. There is good chemistry going on between the actors, most notably between Don Taylor as a young detective and his wife, even though it’s just one scene. However there’s also a click between him and his boss, the Irish police lieutenant Muldoon played by Barry Fitzgerald. Another thing to keep you glued to the screen are the many nice scenes in the streets of New York. It’s amazing how unrecognisable the city seen in this film is compared to the New York we know today. 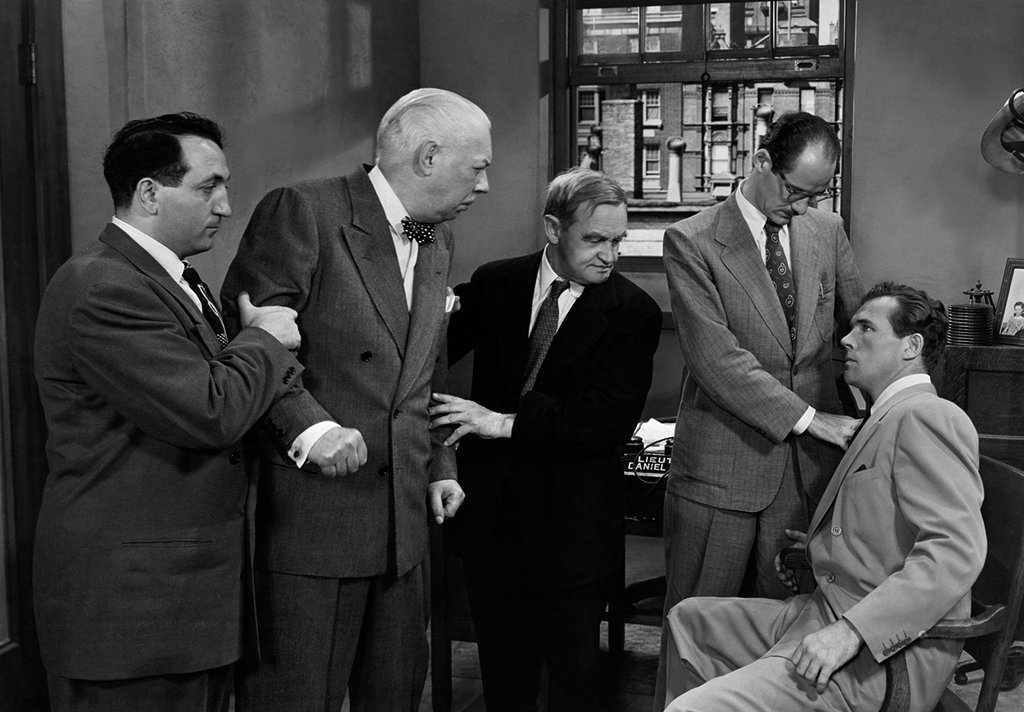 The story of the film is – like I said – not very special. In the opening shots a blonde girl, whom we later learn is called Jean Dexter, is first strangled and then drowned in a bathtub. Just to be sure. A scene later a drunk man is sapped on a river pier and tossed in the water. Then we slowly focus on what happens next. The body is found, the police is called in, there’s an examination, questioning, collecting of evidence and so on. And so we go on a hunt for the killer by trying to find means, motive and opportunity. Whodunnit, why, and who was that guy who got tossed in the river? Many questions, slowly leading to an answer and perhaps a slightly underwhelming ending. But for some reason that wasn’t so bad either, because the entire film wasn’t setting you up to a grand finale like White Heat for instance. The ending is appropriate for the kind of film it was, and it is just fine.

Ten not-so-well-known or downright obscure films that should be on your watch list as of right now. The Film Top 10 – 2016!

Ever wanted to know what your favourite movie is? You think you know, but what happens when you’re confronted with the choice […]