The Golden Dream is the first feature film of Mexican director Diego Quemada-Díez. Before starting his career as a director he worked as a cameraman on well known films such as Gone in 60 Seconds, 21 Grams and The Constant Gardener. That means you’re in for a treat if you like good camerawork and nice photography. The real question is if he can also deliver a good and well paced story with solid acting. The short answer: Yes he can!

The English title of this film may seem a bit weird to those who know Spanish. The American title probably looks at things from an American perspective, whereas the original title does not. After all, it is the golden American Dream (™) isn’t it? But when you look closely to the title, the word jaula actually means cage – The Golden Cage. I suspect that is how the US is viewed from the eyes of outsiders. A nice country, if you can manage to get in. It’s what so many people are trying to do, but so few succeed at. Because what did the US do? Build giant fences and walls all across the US-Mexico border. Employ thousands of people to guard the border so nobody can get in. Arrest or shoot people that do try, depending on which guard you come across. About as humane as us Europeans kicking out Syrian war refugees.. 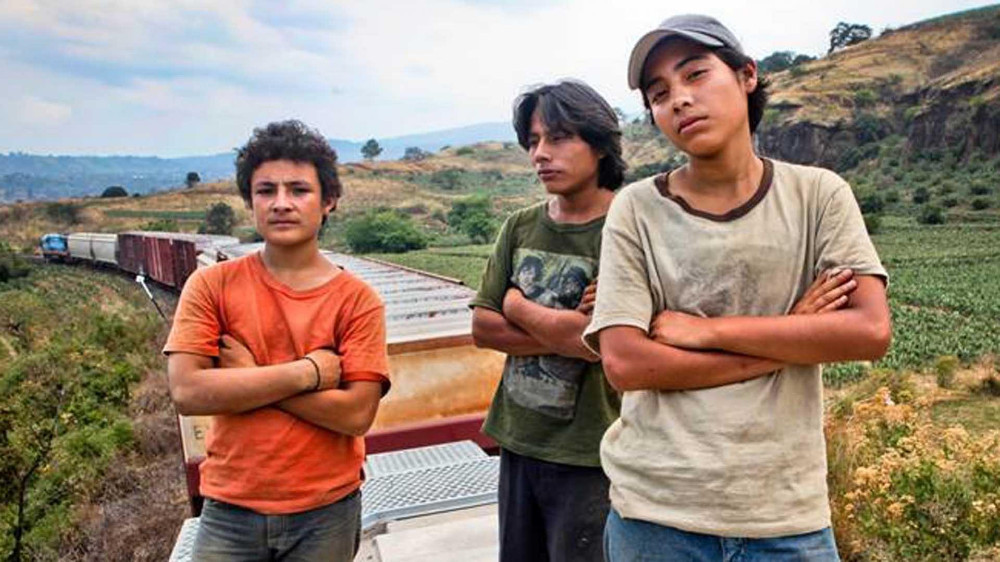 But I digress, this is a film review and not a social commentary. I’ll leave that to the film itself. It is about a group of young people from Guatemala who set out on a journey to the US to have a better life. Two boys and a girl about 16 years old walk, hike and lift on trains to move through the beautiful countries in Central America. Along the way they meet their fourth companion, an Indian boy who doesn’t speak Spanish. During their journey these kids face some of the things that can happen well before reaching the cage. Doubts about what they’re doing, being homesick, not having any money, no place to sleep, criminals, human trafficking and so on. Only a small percentage of people who try even make it to the US border, let alone are allowed in. This percentage is even lower when you’re a woman. It is estimated that roughly 80 percent (80 g-damn percent!!) of them are raped at least once before they even reach the border. Luckily – in most cases – they are then denied access and are sent on their way back..

What this film does really well is to paint this bleak picture and burn it into our eyes and minds. It leaves some things unresolved in a way that it doesn’t show you what happens, but you can imagine. The power of suggestion is used very well in this film. So by now it might be obvious that The Golden Dream is definitely not a film to watch if you’re in a happy mood and wish for it to stay that way. It is quite depressing and bleak in its look on life. The music is nice, and the camera work is outstanding, but you can expect that when you have a cameraman as director. The children are not professional actors, but you can’t really tell. The countries they travel through are beautifully shot, especially on the many train rides. But in the end the bleakness of it all does make one wonder how many carats this Golden Dream, or cage, is really made of.

Häxan is a silent film and an early horror classic. Its sub-title is Witchcraft Through the Ages. It shows torture, witch hunts, superstition and more.