The original French title of this film translates to The Savage Planet, but Fantastic Planet works just as well, or perhaps even better. And it’s not fantastic meaning fabulous, but rather imaginative, crazy and weird. It shows what can be achieved only through animation, as I believe a live action version of this film could only be a CGI nightmare and I doubt the end result would look any good. No Star Trek episode ever looked this whacky, and they are know to experiment with new thoughts and ideas. So why is Fantastic Planet so unique then? Usually when we imagine life on a different planet, we can’t help but fall back on what we’ve learned about aliens from other films. We imagine flying saucers or large strangely shaped alien vessels. We imagine Gray or green humanoids with frail bodies and large heads, like in Star Trek or Close Encounters. Or we may imagine disgustingly creepy and slimy creatures like the ones from Alien or Starship Troopers. It isn’t really any different here, but what is different is how they move and act, and especially how the world they inhabit seems to function.

The world of Fantastic Planet is extremely alienating. Strange beings, odd plant life and weird ambient sounds. In this world live the Draags, blue creatures who seem to be very busy with meditation and other spiritual stuff. They keep Oms as pets. In terms of size, either the Oms are tiny or the Draags are huge. An Om looks like a human, but they’re called Om, so hey, who am I to argue. Kind of like keeping a mouse for a pet would be for us. Using that same analogy, there also appear to be colonies of wild Oms living on the planet, and they are exterminated just as we deal with a rodent plague. The film centers around an Om called Ter. One day he gets his hands on a Draag learning device and he too starts learning about things. He then escapes with the device and finds his way to a colony of wild Oms. They too learn, and then start to make plans for getting out under Draag opression, in between being wild savages that is.

Anyway, this film is a truly unique experience for a sober person. I imagine you could see some of the crazy stuff from this film if you’re under certain influences. Aside from Fantastic Planet, director René Laloux also created Time Masters in 1982, and Gandahar a few years later. The first two are available in Eureka’s Masters of Cinema series (might be B/2/Europe region only!), the third one used to be but seems to be out of print (argh!). Time Masters is somewhat similar to Fantastic Planet. It too takes place in a weird environment, but the animation style is completely different. The story is pretty good though, so it’s definitely worth seeing that one too. 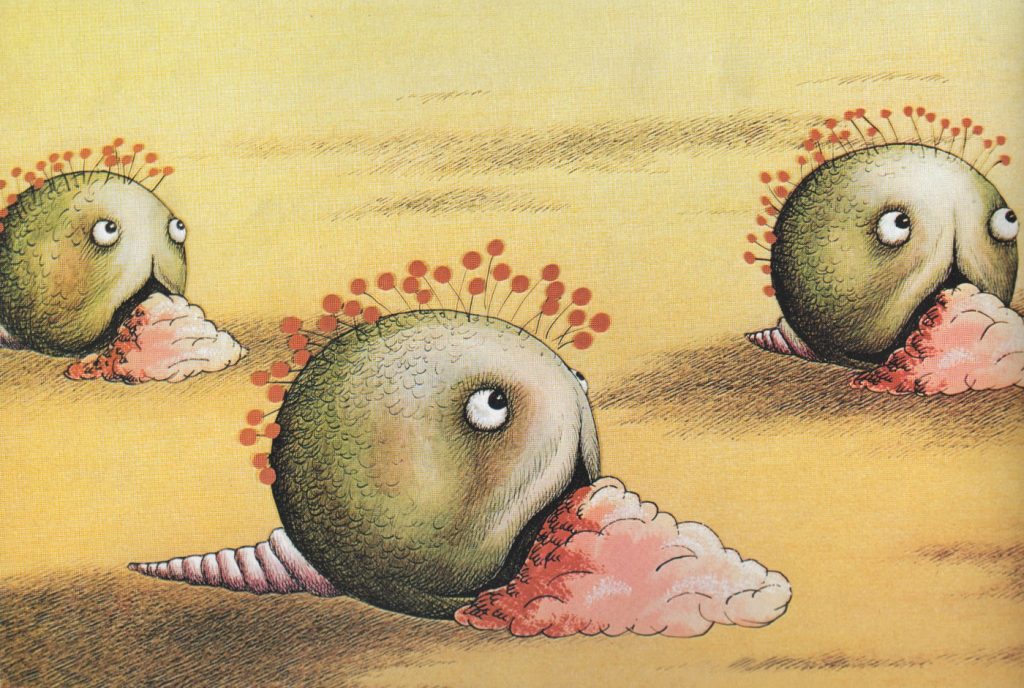 The Naked Island tells of a family who live on an otherwise deserted island. Their main concern is getting fresh water to grow what passes for crops.

In Dangerous Crossing a newlywed couple enter a steam liner for their honeymoon. But soon the husband disappears, and nobody can remember him at all. Where is he? Was he there in the first place? What is going on?!