Let me start off by saying this is going to be about the original Japanese version of the film, and not the piece of crap excuse – pardon my French – for a dub called Warriors of the Wind. Don’t ever bother with that one. It is basically a cut down version with horrible voice acting that makes no sense. I think that one should always see a film the way the director intended it to be seen. In its original language! So open up to the world of subtitles, because they will enrich your film experience so much, and Nausicaä of the Valley of the Wind is a perfect example of just that.

Nausicaä is the first of three Miyazaki films that were both written and directed by the great master himself, the other two being Princess Mononoke and Spirited Away. Nausicaä is based on a comic book he drew and wrote in the years prior to releasing this film. It was also the success of this film that allowed Miyazaki and his friend Isao Takahata (Grave of the Fireflies) to create Studio Ghibli in 1985. Ever since, they have been making beautiful films including the ones already mentioned. At the moment of writing, the last two Miyazaki/Takahata films are 2013’s The Wind Rises and The Tale of Pricess Kaguya.

Nausicaä of the Valley of the Wind

One of the things often seen in Miyazaki’s work is a link to the earth and its inhabitants. Both Nausicaä and Mononoke are prime examples of this. Another Miyazaki touch is that almost all of his protagonists are young females. As is Nausicaä, daughter of the leader of the tribe of the wind valley. The film plays somewhere in the distant future. A thousand years have past since man lost most of the earth to toxic forests, after what is called the seven days of fire. Ever since, humans have been living on the edges of the land, where small parts remain untouched by the forest and its inhabitants.

They have formed tribes, or nations. One of such tribes lives in the valley of the wind. Like everyone, they fear the forest and stay away from it. Not Nausicaä. She is trying to find a way for humans to live together with the forests once again. But not everyone thinks this is possible. There are those who wish to reclaim the world by destroying the forests. Not only that, in the ruins of the ancient civilisation they found an artifact that might help them accomplish their goal. However, it must be transported, and this is where trouble starts.

The film is packed with everything that makes a great action/adventure film, and unlike most of its kind, it is filled with plot, characters you care for and the whole pallet of emotions. Also, there is so much detail everywhere you easily forget that this film is from the first half of the 1980’s. Now, pretty much all Miyazaki films are riddled with little details and moving objects everywhere, but in my opinion this one does it the best. The forest truly feels alive when everything moves and there are so many creatures crawling and flying around.

In 1984, there was hardly any CGI, so all of it has been hand drawn. Even in his later works, Miyazaki claims to never use CGI for more than 10% of a film. In fact, he specifically orders animators to not be completely realistic. In his defense, why should a dystopian future world have to look entirely realistic? Or the spirit realm from Spirited Away, or a walking castle in Howl’s Moving Castle? With animation and story being the two major strengths of this film, what remains is music and voice acting. Both are fine, but don’t deliver anyhing special. 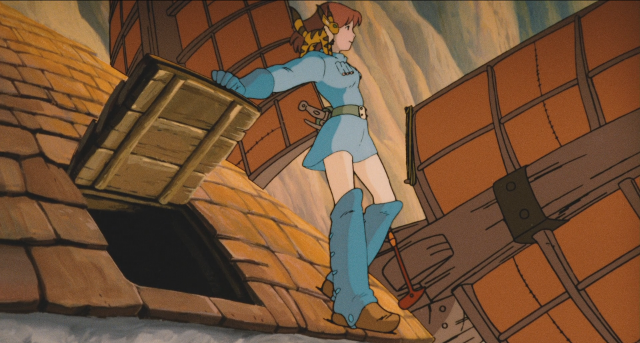 Many will disagree with me when I say this is the best Miyazaki film, so let me just say that it is my favourite one. It is refreshing to see a kindhearted, kick-ass female protagonist for a change. The environmental message is a strong one, and isn’t dated one bit today. Do not deprive yourself of some of the most wonderful, imaginative, beautifully animated films ever created and go watch Nausicaä of the Valley of the Wind, and while you’re at it, all other Ghibli films. You will not be disappointed! 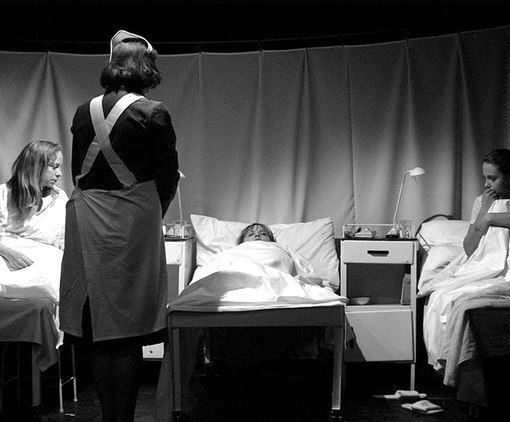